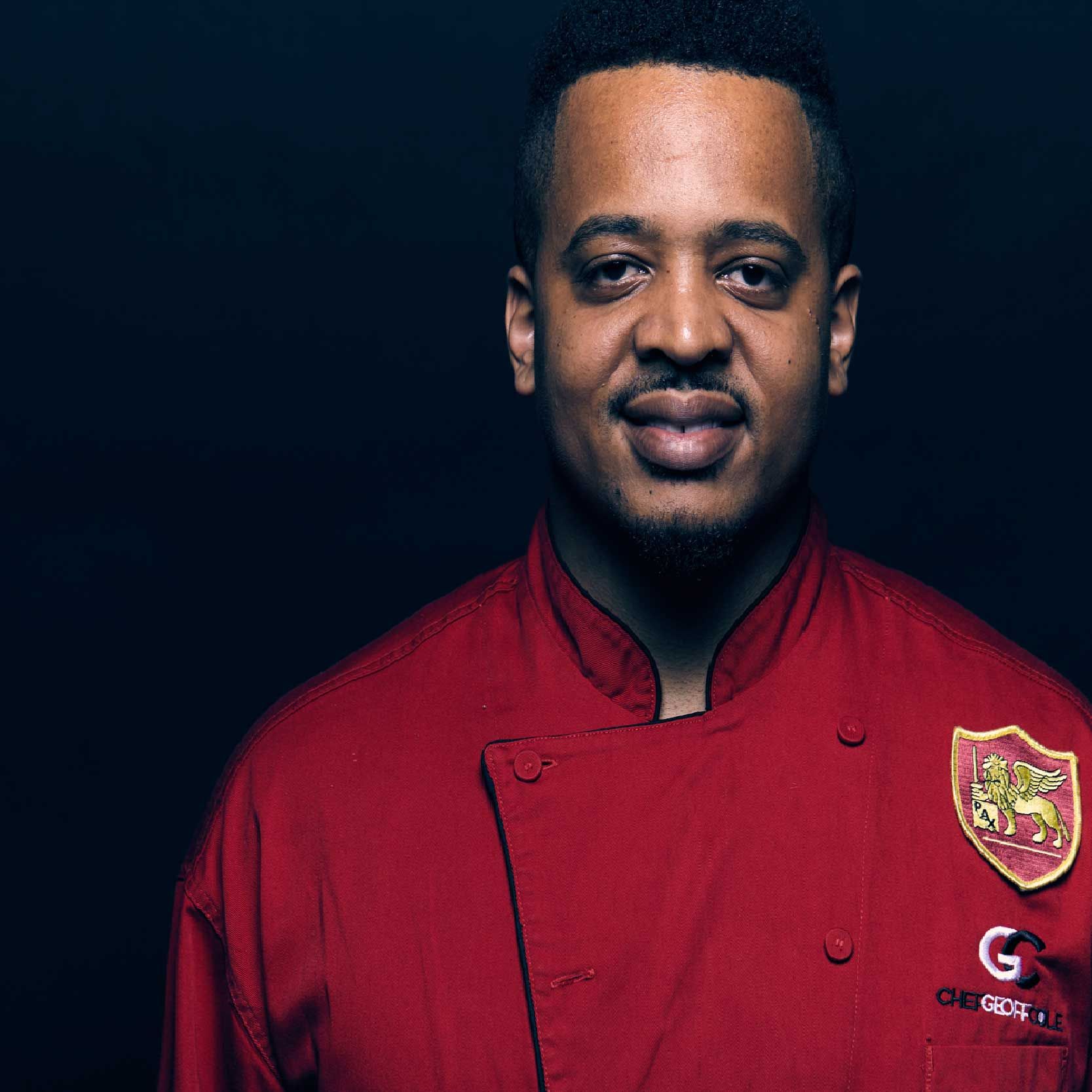 Born in Miami, Chef Geoff Cole is no stranger to making magic in the kitchen. With a keen knack for creating dishes many love and crave, Cole has been cooking since he was a child. In 2002, Cole joined the U.S. Navy aboard the USS Belleau Wood where he was able to cultivate his skills as a professional chef and personally serve admirals, senators, and foreign dignitaries for the vast majority of his military service. As a Seaman Recruit, Cole cooked for 3,500 sailors and Marines a day during Operation Enduring Freedom in Iraq. His unique menus and signature “Cole’s Curry Chicken” not only gave our nation’s heroes a sense of home cooking but earned him the coveted role of the Commanding Officer’s Personal Chef.

Cole discovered that his culinary talent was catapulting him to higher military rankings and more important missions affording him an opportunity in 2006 to cook for Chile’s first female President, Michelle Bachelete.

While flying the Pacific Fleet Commander on an Admiral’s mission to Japan during the devastating 2011 tsunami, Chef Geoff was encouraged by the Admiral to pursue a career in the culinary industry outside the Navy and was sent to take Navy and Civilian Culinary Courses at the following schools:
Coastline Community College receiving an AA in Food Service Management, Jacksonville, Florida Community College where he took a Private Cooking Operations Course, and St. Augustine Technique College where he took an Advance Culinary Course. Cole also holds a BS from Embry-Riddle Aeronautical University Worldwide in Professional Aeronautics with dual minors in Aviation Safety and Management and a MS in Logistics and Supply Chain Management.

In the summer of 2014, Cole led the US Navy Team in the Boiling Point Competition and received high praise from the celebrity judges, including Penny Davidi from the Food Network. In May 2010, Cole was designated a Chef de Cuisine by the American Culinary Foundation.

Today Chef Geoff is more in demand than ever with the Navy's elite and international dignitaries. His primary focus centers on feeding our troops nationwide